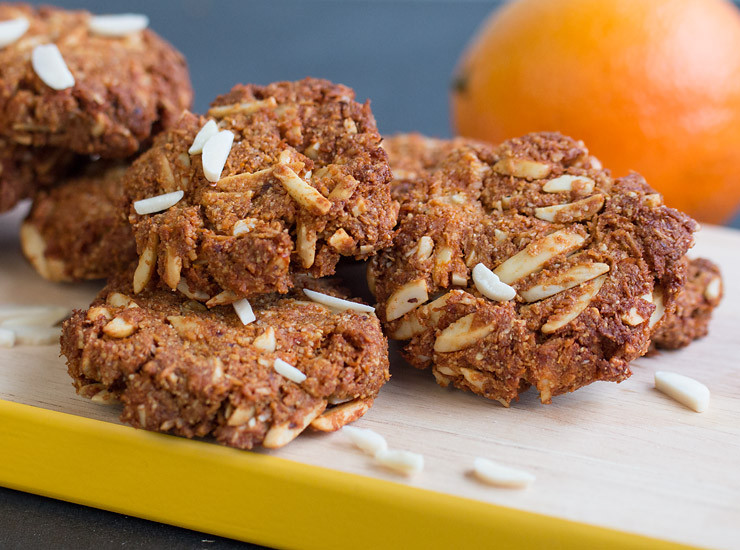 Miss 9 wrote about the origins of the ANZAC biscuit at school this week — although there are many accounts of how they came about, according to her they were mostly cooked and sold at public events at home to raise money for the war effort. Not, as I had imagined, sent into battle to raise morale (instead our soldiers had the “ship’s biscuit” which was rock hard and about as tasty). There are other accounts of the bikkies indeed being shipped overseas, which apparently is why there are no eggs in them, keeping them fresher for longer.

So in order to have biscuits for ANZAC day to honour our soldiers, I have replaced the oats for almonds, and added some orange for a bit more flavour given that they aren’t laden with golden syrup, but they still ring fairly true to the originals with a slightly chewy texture (if you want them a little crisper, just cook them slightly longer).

In a large bowl, put the almond meal, slivered almonds, coconut, orange zest and salt and mix to combine.

Put the coconut oil and honey into a small pot and melt gently over a low heat. Once melted, remove from the heat and add the orange juice, vanilla extract and baking soda and mix well (it will bubble up a bit). Pour into the dry ingredients and mix well to combine.

Spoon 2 tablespoons of mixture into your hands and roll into a ball (you might have to squish it together a little). Press the ball down to make a flat cookie shape and place on the baking tray. Repeat until all the mixture is gone — makes 12-13.

Bake in the oven for 25-30 minutes or until golden, then cool on a wire rack.

Have a moment of silence for all our fallen soldiers before you dig in with a good cuppa. 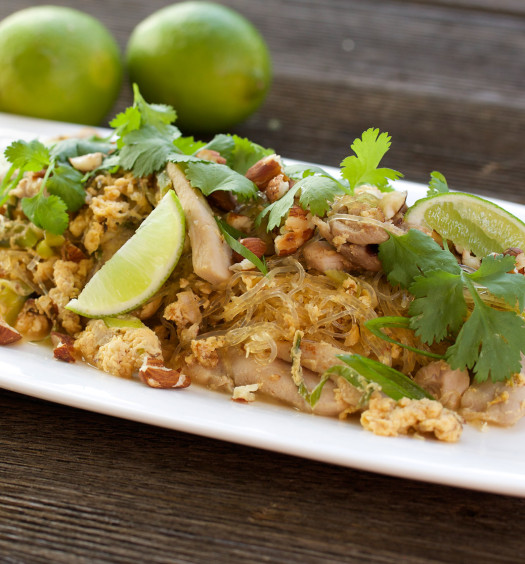