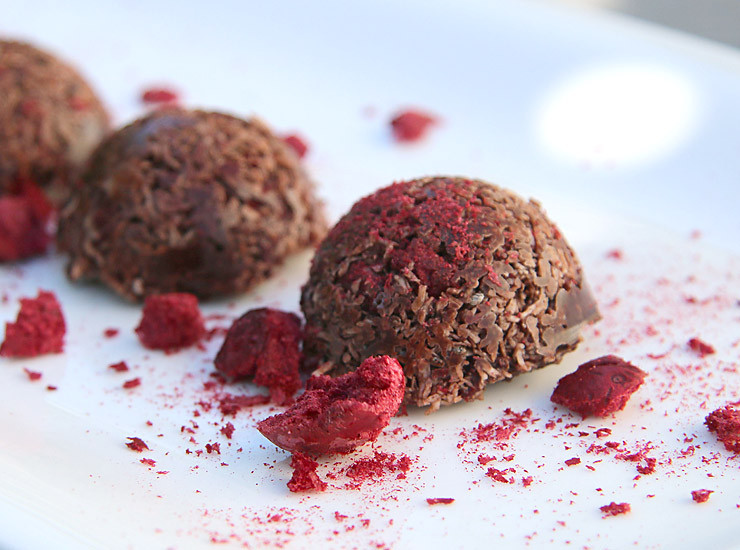 Freeze dried cherries give you that sweet, sour, chewy crunch when you bite into them.

One of my sisters just LOVES anything coconut. Or anything cherry. And the combination of the two makes her a little bit squeally – and guess what her favourite candy is? Actually it’s Reese’s Peanut Butter Cups, but Cherry Ripes come a super close second! She’s not on-board with all this Paleo malarkey, so it’s nice to be able to make her a treat which she actually likes – and I don’t feel guilty about feeding her!

*Make sure the only ingredient is ‘coconut’ – you’d think it wouldn’t be that hard, but apparently it is, sigh – I buy the Ceres brand.

** ‘Fresh As’ freeze dried stockists here. If you can’t get any, swap out with dried fruit of your choice, but you’d probably only need 1/4 cup.

*** I use a clay refined coconut oil so the coconut taste isn’t too coconutty.

Put the coconut, cherries, cocoa, chia seeds, cinnamon & salt into a bowl and mix together.

Heat the coconut oil, honey and vanilla until just melted – mix well, then pour into the bowl of coconut etc. Mix well to combine.

Spoon mixture into cake-pop tins and press down firmly. Then press again. Pop in the fridge while you melt your chocolate. (I’ve made these in a cake-pop tin (the 2 separate halves) to get that lovely shape, but you could use mini-muffin trays or just press into a square tin and cut when semi-set.)

To melt chocolate (I use Green & Blacks 85%) – chop roughly and put into a cup. Fill a stainless steel bowl with boiling water and put the cup into it – the chocolate should melt in just a few minutes – stir to get those last lumps out.

Spoon melted chocolate over each cherry bomb (or drizzle over the whole tin) and chill until set.

If you are using one big tin, it will only need a few minutes in the fridge before you cut it, then you can leave it in the tin to really firm up. For the cake pop tin, push down on one side of the cherry bombs to pop them out of the tin and store in the fridge.

Give half to your sister. If you don’t have a sister, you get to keep the lot! 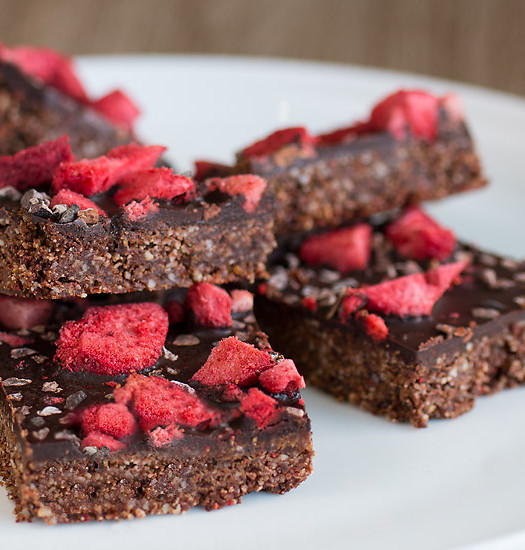 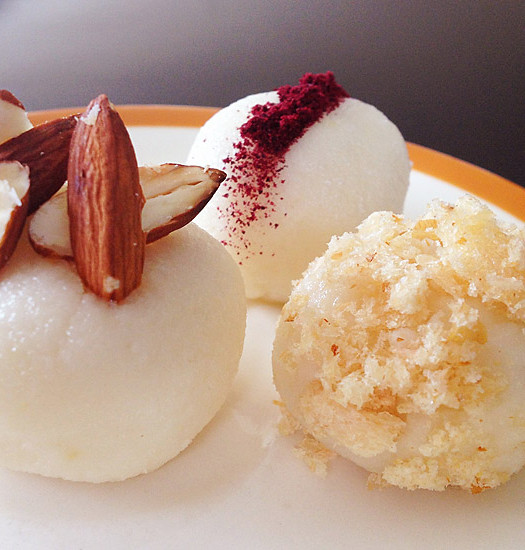