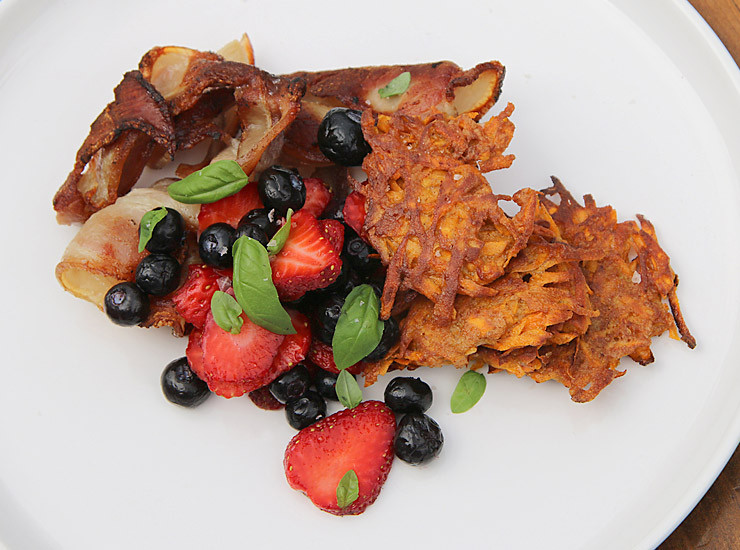 I know I’m onto a winner when the smell of it cooking brings children out from their bedrooms – “Are you cooking french toast?!!”… look of disappointment when they see what’s actually in the frypan. But still, these little hash browns with their cinnamony sweet taste and crispy outer, definitely have a flavour that compares to a traditional french toast. Pair it with some bacon and fresh fruit and you’ll swear you’re in Paris. Almost.

Peel kumara and grate onto a paper towel. Break egg into a bowl, add cinnamon and salt and whisk briskly. Add the kumara and mix well.

Heat a frypan with a tablespoon of coconut oil. When oil is hot, drop a tablespoonful of the mixture into the pan – don’t press down, just arrange loosely. Cook for about 3 minutes each side – or until golden brown. Repeat with the rest of the coconut oil and mixture.

Wait for the children to come running :-)